I haven't verified this yet.
Top

After meeting you guys in Epping I am itching to come out again - although I will have to cover 111 miles just to get to the start point for 10.00am so I will make it only as a fair weather rider in this instance - so I have my fingers crossed for good weather.

Another target could be the Romney Hythe and Dymchurch miniature railway which is a giggle.
Top

Would be great if you can make it, I'm also hoping for good weather for the sake of all of us

I've added you as a maybe to the list for now.

ETA: I love the miniature railway too, I did the train ride with my son some time ago and it was a very nice experience.

I did a test run of the rideout route on saturday to see how the roads were. As per the plan, the first and second sections took around 1 hour each. Some observations: Generally the route is a good mix bag of roads with lots of sheep to see on the fields. Some sharp turns exist on occasion. Some sections had surface water on areas but no danger or flood. A lot of green scenery and even a forest area en route.

Not too much town crossings, i recall a couple only. One junction with traffic lights had a long wait but that's it. The rest is easy flowing.

Google maps navigation was fine to use, only annoying thing is you have to keep pressing continue as each waypoint section begins. Troublesome when you have to make a right turn and quickly a left turn afterwards.

I returned back from M20 which bored me to death as it was 50mph average speed for like 15 miles, so for those that want a more scenic route on the way back: A couple of people from the nc forum are going to head back from the Lighthouse through Jury's Gap, Camber, Rye, Broad Oak, A21, then on to M25. Anyone is welcome to tag along on the way back. As it's not officially part of the ride, I didn't add that on the maps. I'll just follow PoppetM.

Couple of photos as a taster 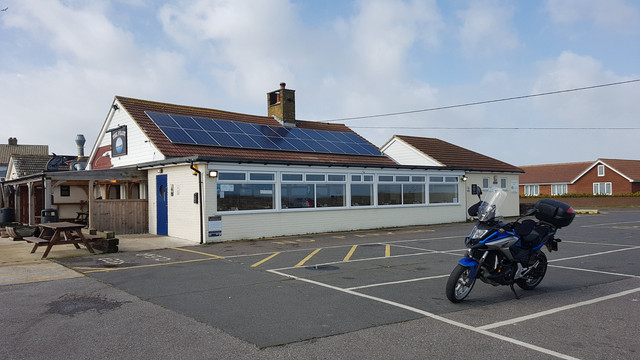 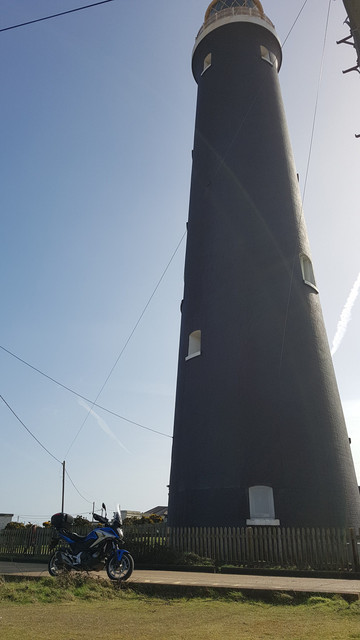 I'll probably go direct to the Texaco station in Headcorn, which is close to Headcorn Airfield, I'll be on my small bike, there's a cafe and toilet on the airfield.
What time will you leave the petrol station, maybe you could even pop in to the airfield as I usually get chatting and lose track of time. Probably have some carers with me on the day.
I could lead a good route back keeping away from all the traffic via Rye, the military canal to Appledore, Tenterden, Smarden, Charing, Lenham, Hollingbourne, Bearsted.
Silverwing 600
CBF600S,
Innova 125
NC750s
Top

We should be at the petrol station around 11am Dave. I reckon we'll be there around 15-20 mins before continuing, enough for a coffee/fuel break as needed. The airfield is not on our route as we're turning left on to smarden road just after the fuel station, so it's best if you can try meeting us at the fuel stop.

If you pm me your phone no, i can give you a ring to let you know when we're there

As for the route for the way back from Dungeness, I don't mind really, maybe best if we have a chat there before leaving as PoppetM has a route of her own too. As long as it's not boring motorways, I'm fine following either of you.

EDIT: As for the toilets issue, I think we can just pop across the road to the railway station's toilets whilst there as it's just on the opposite side of the petrol station.

All sounding good, I like the coordination and options for return with others volunteering.

The Kent Honda Owners club members are not called the 'leaky boys' for nothing.
Thanks for the timings I will see you all at about 11.00am at Texaco
Silverwing 600
CBF600S,
Innova 125
NC750s
Top

Dave Weller wrote: ↑
Mon Mar 11, 2019 6:58 am
I'll probably go direct to the Texaco station in Headcorn, which is close to Headcorn Airfield, I'll be on my small bike, there's a cafe and toilet on the airfield.
What time will you leave the petrol station, maybe you could even pop in to the airfield as I usually get chatting and lose track of time. Probably have some carers with me on the day.


Ay-up Dave. What time will you be at the airfield bud ? My mate BigKev (X9OC) & Tracy would like to meet you there then come along for the ride, will be on PCX. They know where the airfield is as Tracy flies from there