Me, Roadrunner, Scootypuff and Mottza Snr are having a ride to Walton on the Naze tomorrow.

Why do you tease me!

Member of The Ugly Bunch -2
Never ride faster than your guardian angel can fly,
Top

Well all we all felt guilty and didn't go to Walton. Instead we went to Ha'Penny pier at Harwich for some grub.
Top 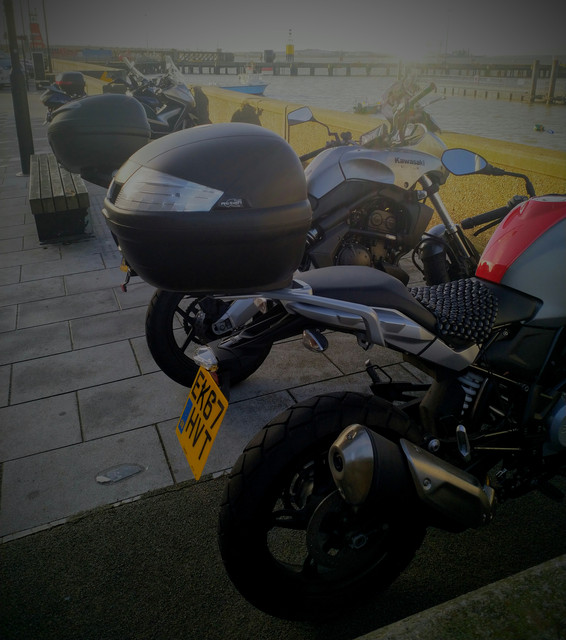 Iâ€™m just across the water not too far from the water tower!

Iâ€™m just across the water not too far from the water tower!

Are we talking Shotley?? or Pinmill.
Only my family have some historical connections with HMS Ganges.

Chris thanks for organising thus rideout, it was good to get out in a group though the major roads where a shrewd move as I said local back roads are a nightmare at the moment so much so I'm thinking of using the Suzuki Address as the Crosstourer just to heavy for wading the unknown.


It makes the RV125 look gigantic by comparison (that chunky rear was a pig to lift) only ever met one guy who could physically pick the Van Van up to turn it round.